After unsuccessfully nudging associates of the American Typecasting Fellowship to “spread their knowledge” to others, Rich took it upon himself to offer week-long sessions on all aspects of Monotype typecasting. Sessions began in 1995 and continued every other year through 2013. A total of 43 students attended eight different sessions, taught on a rotating basis by seven competent instructors plus Rich himself. The goal always was to break the stigma that the machines were too complicated and difficult to run and, instead, offered a great opportunity to expand one’s letterpress horizons by becoming a typecaster. 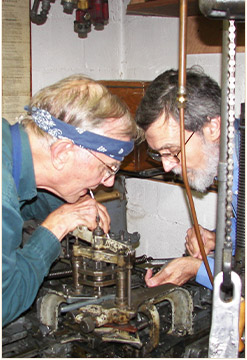 Of the 43 students, 24 have ended up with their own equipment and have gone on to become more deeply involved in all the processes learned at Mono U.

Instruction always began with a hands-on demonstration of the Composition Caster and throughout the week students worked with the Comp Caster, the Monotype Keyboard, the Thompson Type Caster, the Monotype Sorts Caster, and in later years, the Welliver computer interface for the Comp Caster. The English Supercaster and American Lead & Rule Caster were on hand, but were not part of the instructional program.

Sessions always were intense and often extended from 9 in the morning through 9 in the evening, with brief breaks for meals. The goal was to have every student deeply involved in using the equipment and making type for everyone to take home as a bonus for everyone’s efforts. Toward the end of the week, students were challenged to design their own diploma, and in every instance they collectively produced a handsome diploma, often utilizing type and ornaments which was cast by them during the week.

Since ending the Monotype University sessions, Rich has on occasion committed to teaching individuals on a one-on-one basis. Interest in larger groups seems to have dissipated. 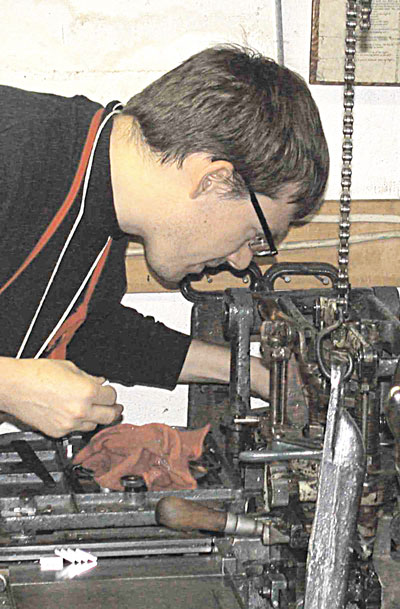 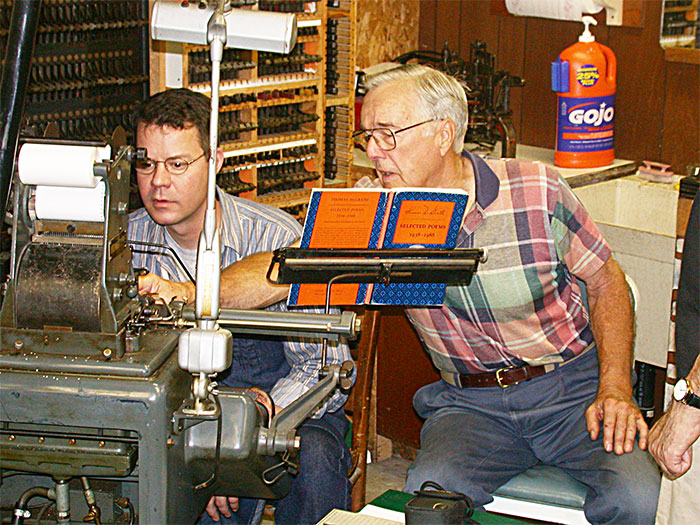 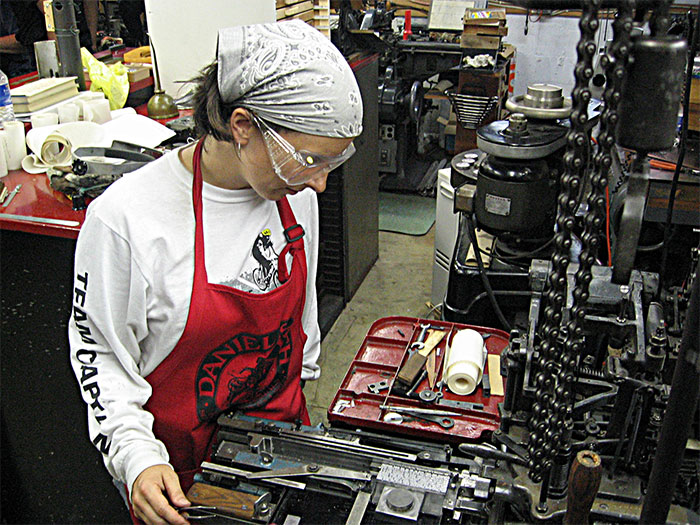 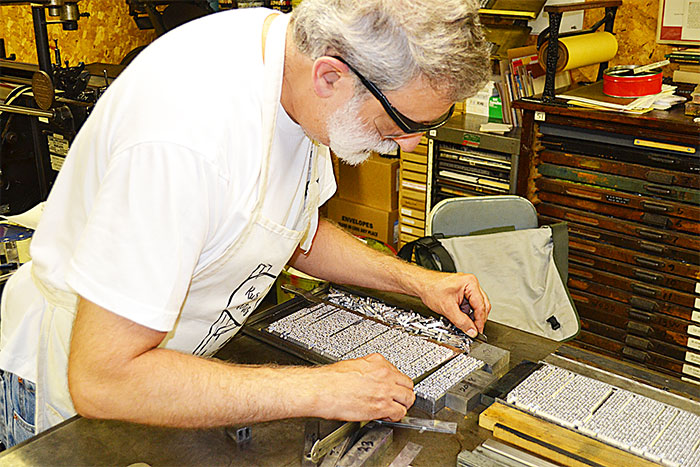 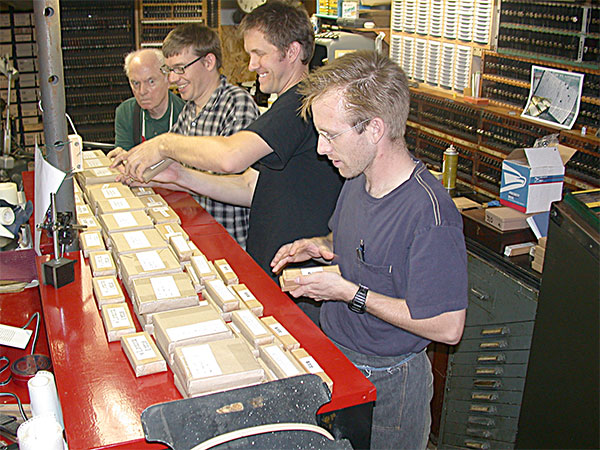 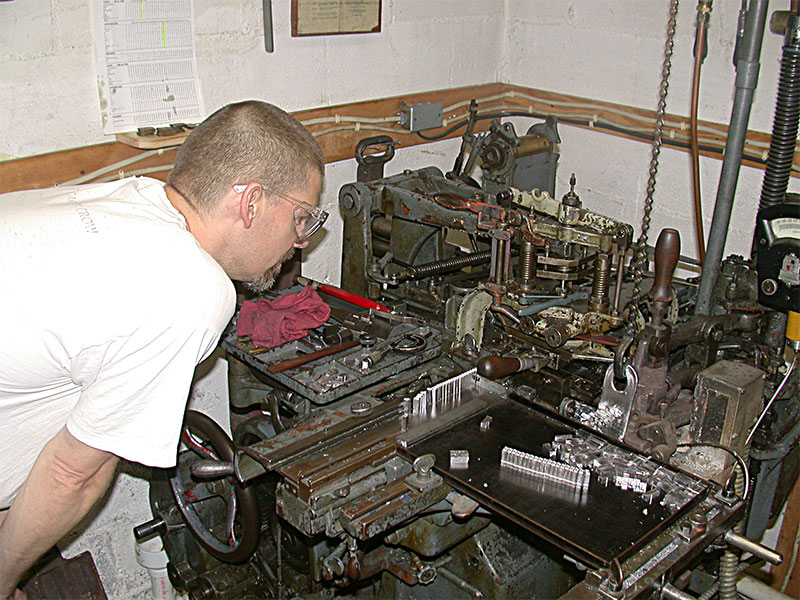 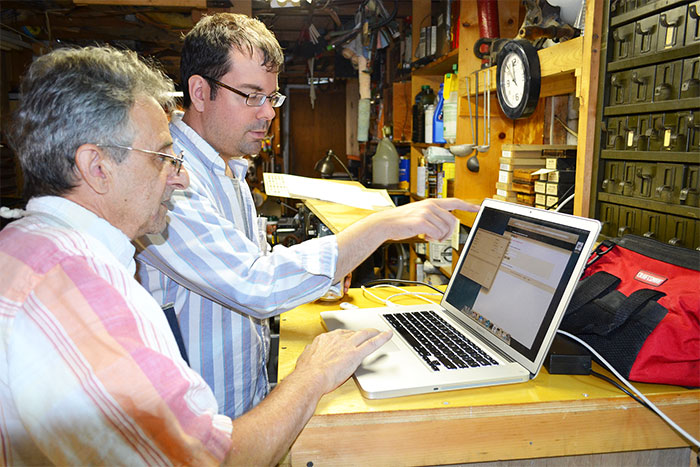 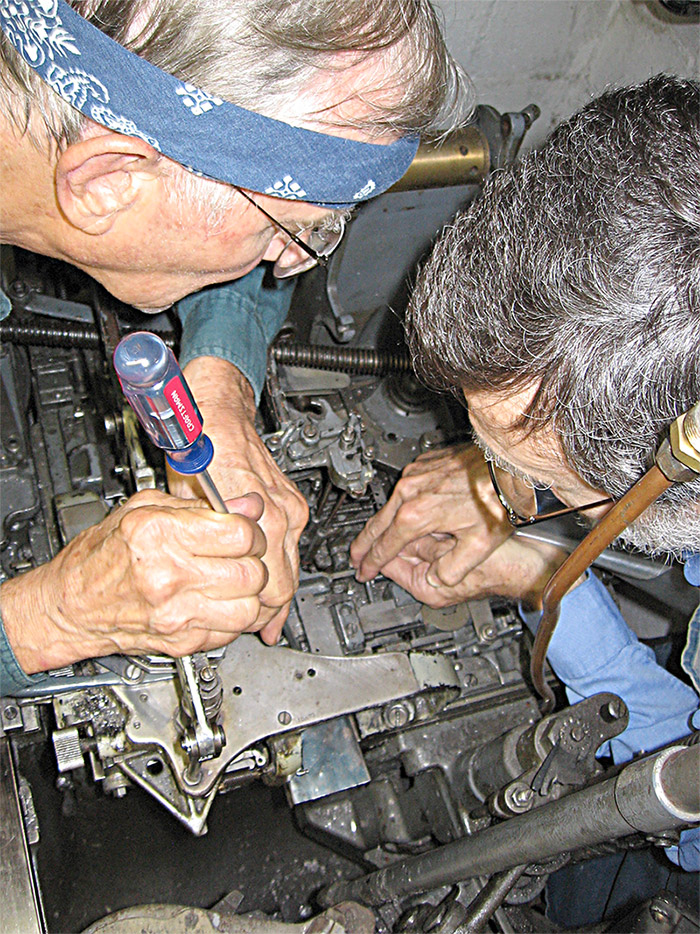 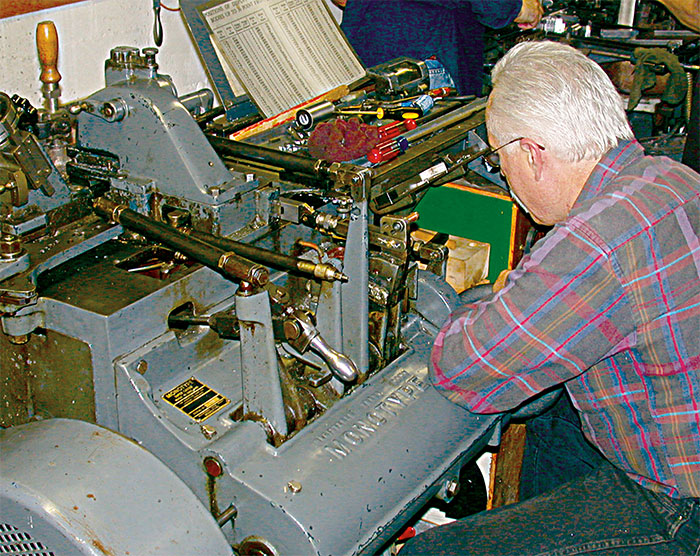 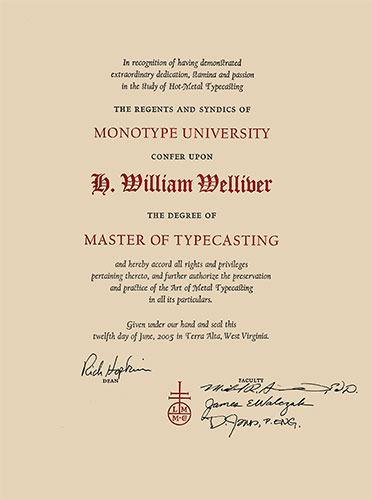 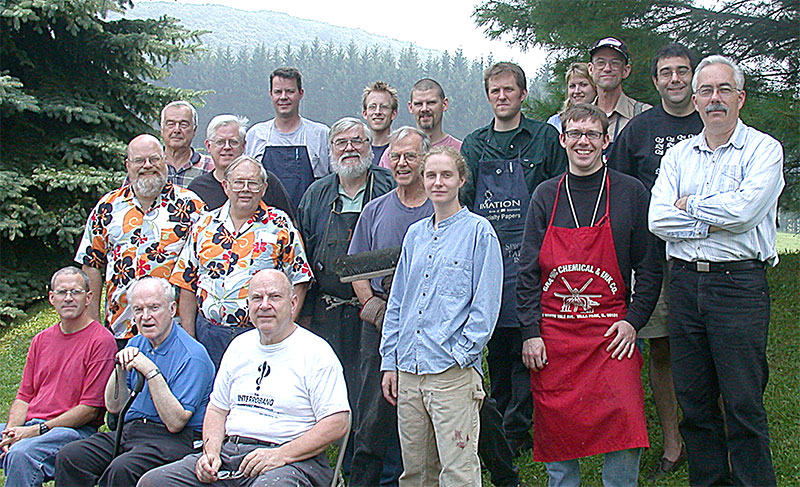 Reunion of graduates and friends during MU-5, August 2003.