This copy of a facsimile edition of Benjamin Franklin’s Pennsylvania Gazette is exceedingly remarkable, for it was produced in the year 2013 utilizing individual metal types which closely resemble the hand types used in Franklin’s printing office in 1743. Although printing equipment and the process of making metal types remained rather static for nearly 400 years—from their invention in the 1450s up until the 1960s. But since then, stunning changes have occurred and the equipment and technology involved in making and utilizing individual metal types have all but disappeared. 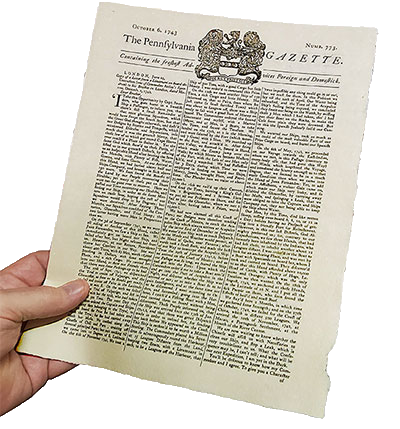 This work was commissioned by the Franklin Print Shop on Market Street in downtown Philadelphia, part of the Independence National Historical Park operated by the National Park Service. That shop is located in the very same building once occupied by Ben Franklin’s facility. At this historic location, Rangers give demonstrations of hand composition, printing on the common (wooden) press, and hand bookbinding. In past years, their demonstrations have centered largely around printing of the Declaration of Independence (first done by John Dunlap, another Philadelphia printer, on July 4, 1776). 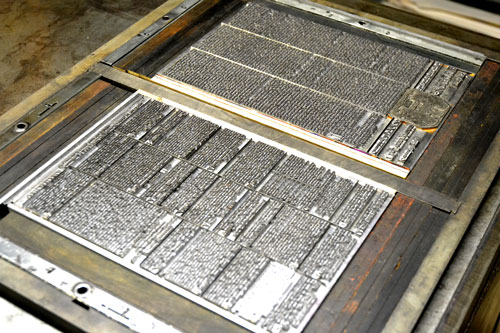 Two pages of metal type in a chase for proofing.

Karl Schaffenburg, the Park Ranger who headed up this project, noted that visitors often asked why the shop was not printing Franklin’s Pennsylvania Gazette, which in its day was the most popular newspaper in the American Colonies. These forms have corrected that deficiency.

To get the work done, Karl tapped the services of Rich Hopkins. Over the past fifty years, Rich has been locating and saving discarded machines of the letterpress printing era, and has taught himself how to use them. “I spent many years searching for the extremely rare components involved in this project.” That included obtaining the complete series of Caslon type matrices (designed over 100 years ago by the Monotype Company to mimic William Caslon’s eighteenth-century types). Franklin knew William Caslon and used his types. “The work necessitated using the long s, a variation on the modern s, which was utilized (along with its ligatures si, ss, sl, st, ssi, ssl, sb, sk, and sh) in all printed documents prior to about 1800. Though Monotype made these matrices for use in re-creating historic documents, they rarely were found in twentieth-century commercial printing shops,” Rich explained. “If I hadn’t found them, I could not have done this work!” 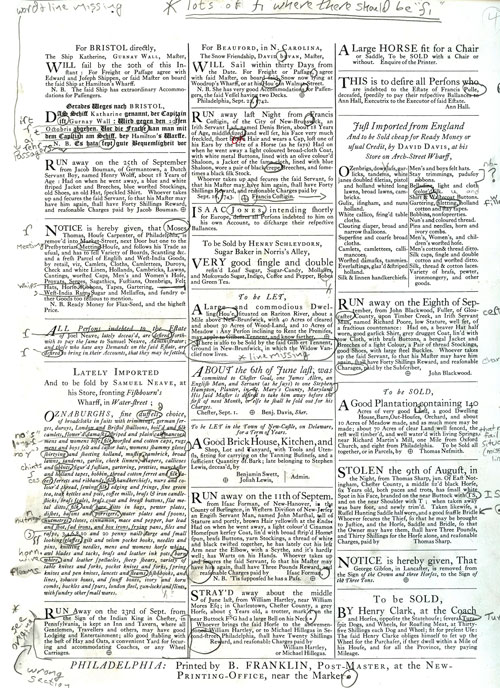 Proof here indicates many errors were found in the first proof of the work. All corrections were made before the form was closed. 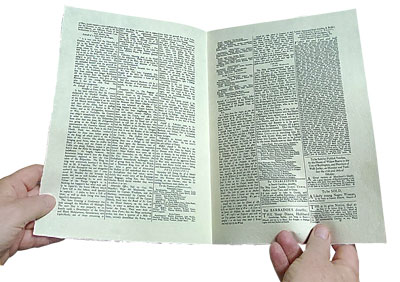 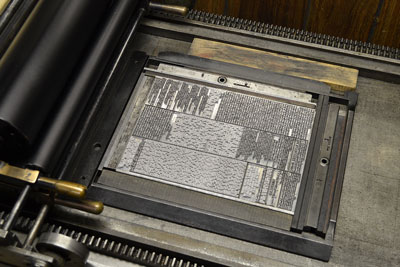 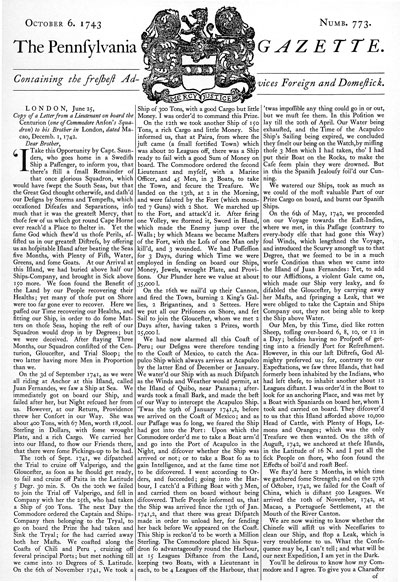